A city hall or town hall is Town or municipal government headquarters which normally houses the municipality or municipal council, its associated departments and their employees. Usually, it is also the city, city, borough or county mayor’s base. A Town Hall is used in Business Meetings.

It/’s an organization-wide business meeting in which an executive report is made and then employees or guests have an opportunity to ask questions and engage with business executives. Meetings in the town hall are also called All-Hands meetings. Everyone!

Advantages of Town Hall Meetings:-
Visible Leadership: The can the company can appear the more invisible senior leaders. A letter sent by the CEO in person will have more effect than one sent by email.

Our 3d model looks like an original French Town Hall. This is a Realistic 3d model with Texture. Real-world scale and exact proportions. This model can also be used for a variety of purposes such as drawing, animated movies, projects, educational intent, filmmaking, and much more, the model is perfect for you. 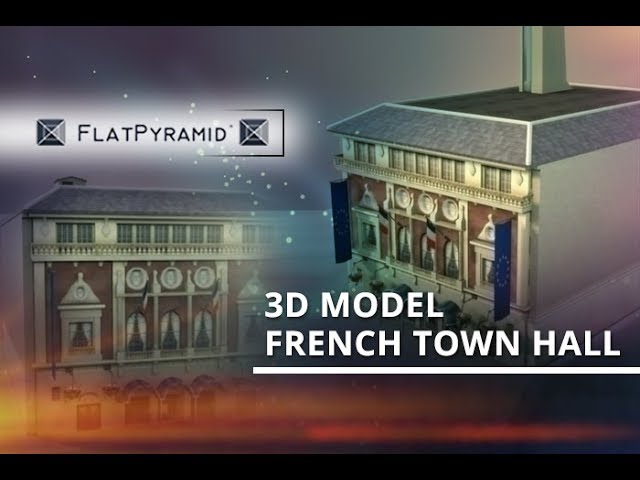